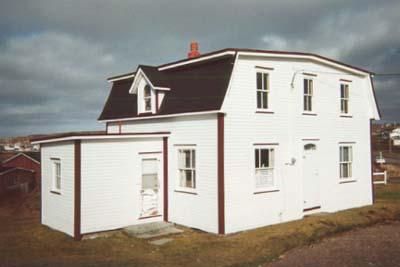 The Beckett Heritage Property depicts a typical fisherman's home during the early 1900's with its popular mansard roof. The property includes a root cellar, well, small barn, hen house, and associated vegetable garden. The wood house, stable, and hen's pen were modified but its present form still reminds us of fisherman's self-sufficient lifestyle in this area. The home has a kitchen, pantry, parlor, and bedroom restored and furnished as it was in 1902. The rest of the rooms are used as a Veterans Gallery, a Fishermans Gallery, and two rooms to display general artifacts.

The building was designated as a Registered Heritage Structure by the Heritage Foundation of Newfoundland and Labrador on September 15th, 2001, and was restored in the summer of 2002.