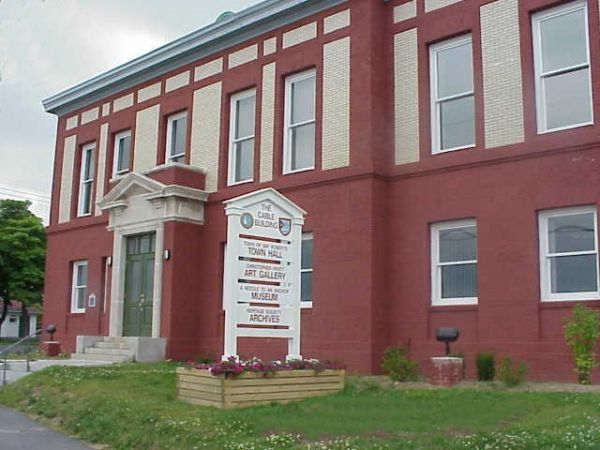 The Western Union Cable Station, now known as the Cable Building, was constructed in 1913, extended in 1927, and was in continuous operation as a repeater station until 1965. For a brief period it was used by the School Board and then abandoned for over 20 years. In an effort to save it from demolition, the Bay Roberts Heritage Society acquired the building in 1996 and in 1997-99 completely restored it to house the Road To Yesterday Museum, the Christopher Pratt Gallery, and the Town Municipal offices. The Society received several awards for both the quality of restoration and the Museum. The building is now a Municipal, Provincial, and National Historic Structure.

The theme of the Museum is the commercial development of the Town at the turn of the 20th century. It also has a Cable operation display, a dedicated Military display, a record of cemetery inscriptions, an archive, reproduced historic photographs, and an extensive collection of pottery artifacts recovered from Bay Roberts Harbour.

ADMISSION:
Free.
Donation Box on site.
Tax receipts provided for donations of $10 or more upon request.