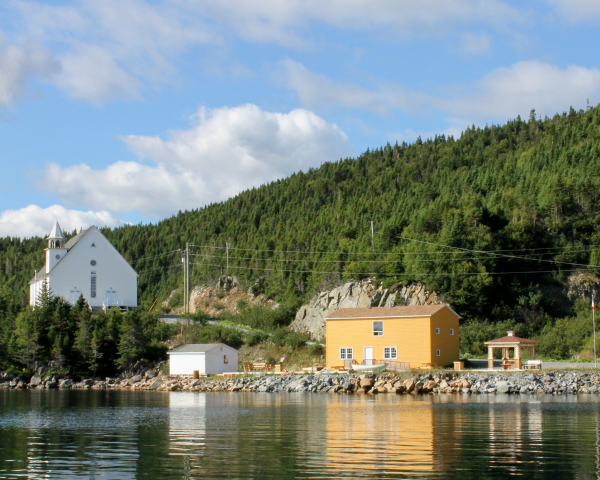 Co-operative action was introduced in the early 1940's by Jasper Rideout of Beaumont, Long Island from the Commission of Government. Local fishermen became the first shareholders. The first co-operative organization was The Leading Light Credit Society located in a building on the present site of the Heritage Center. That first building was dismantled, moved to Springdale and reconstructed.

The Long Island Co-Op Store was managed for 37 years by Roland Heath. It was the main source of groceries, hardware, clothing, oil, gas, etc. for many, many years. In the early 1960's the Co-Op secured a permit to deal in the receiving and selling of cod fish, salt bulk and the lobster fishery. A community stage and bait depot was established on the premises at this time.

The building has maintained most of its original architecture, including hardwood floors, support posts, beams, counters and shelves.

Almost 400 artifacts depicting the tools and way of life experienced by our forbearers are housed in the Heritage Center.
-Admission is by donation.
-The Center is available for group bookings.
-Lunches are available in our Tea Room on site.
-The downstairs museum section, local crafts, tea room and washroom are wheelchair accessible.