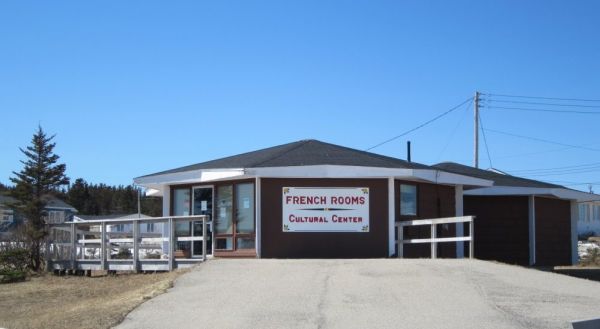 Permanent settlement by European’s in the town of Port au Choix was prohibited under the Treaty of Utrecht of 1713. France was given exclusive rights to fish in this area of Newfoundland referred to as the “French Shore”. French fishermen were allowed here to catch and dry their fish, but had to return to Europe each fall. After the signing of the “French Shore Treaty” in 1904 France relinquished its exclusive rights to fish in the area and permanent settlement was allowed. At Old Port au Choix harbour where French fishermen once dried their fish, visitors can view a reconstructed French Bread Oven and Chaloupe, and the French Shore Treaty Monument erected to commemorate this historic event in Newfoundland`s history.

A reconstructed fishing boat (Chaloupe) and French Bread Oven located at Old Port au Choix help tell the story of the French fishermen who frequented the area. Visitors to this location can don a pair of oilskins and sit in the Chaloupe to have their photo taken.
Several times a week the Bread Oven is “fired up” (weather permitting) and for a small fee visitors get an opportunity to see and sample freshly baked bread from the oven, topped with local jams and served with tea.

Shortly after Newfoundland joined Confederation in 1949, Premier Joseph Smallwood`s government set in motion a plan to centralize the province`s population as they did not have the funds to deliver public services such as roads and health care. Three resettlement programs were introduced between 1954 and 1975 which resulted in 300 abandoned communities and the relocation of 28,000 people. During this period, people from a number of smaller outlying communities were encouraged to move to Port au Choix. As in most Towns, today`s population is much more culturally diverse. Residents today continue to rely heavily on the area`s maritime resources for economic prosperity, while maintaining many of the traditional values that make Newfoundland unique. Visit the Heritage Centre Building and watch the film “The Move” and see the Rumbolt family house being floated from its home to a new location in Port au Choix.

The town is home to the Port au Choix National Historic Site. Port au Choix is referred to as “The Fishing Capital of Western Newfoundland”. People have been making a living from the sea in this area for over 5000 years.