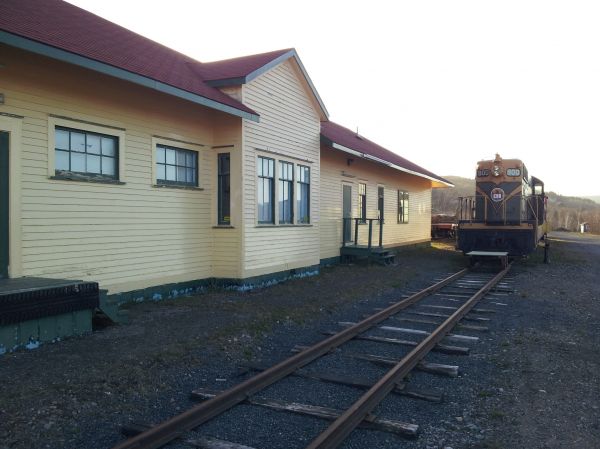 The Clarenville Heritage Society Inc. operates a volunteer based museum in the community of Clarenville in the former CN Railway station original built in 1942. The station building belongs to the Clarenville Shrine Club who restored the structure in the late 1990s and recently acquired Provincial Heritage Designation in partnership with the Heritage Society. The museum is located in the west end of the station and the remaining part of the building is for the Shrine Club meeting spaces.

Though logging and fur trapping were the main industries at first, it was not until the coming of the railway in 1891 that Clarenville evolved as a service centre with further development and the opening of the Bonavista branch line in 1911. The town’s history is mainly of an industrial one with ship building, coal tar plant for the runways at Gander and later hardwoods treatment plant in the 1950s. At the same time, Clarenville was put on the map with the opening of the transatlantic telephone cable station in 1955. The subsea cable connected Clarenville to Oban Scotland which provided voice telephone circuits connecting North America to Europe. TAT-1 as it was called had 30 telephone circuits and later evolved into TAT-2, etc. carrying higher traffic until the system was phased out in 1982. The Society commemorated the cable landing in 2005 with a plaque and monument in partnership with AT&T, Teleglobe and BT.

The Clarenville Heritage Society is very proud of the items in its collection denoting the community’s heritage and history. The Society first opened the museum in 2011 and is governed by a volunteer board of directors. Museum hours are usually from June to September but special tours can be arrange by contacting the Society’s members. Admission is free but small donations are always welcome of course.